Book Review: The Tales of Beedle the Bard by J.K. Rowling 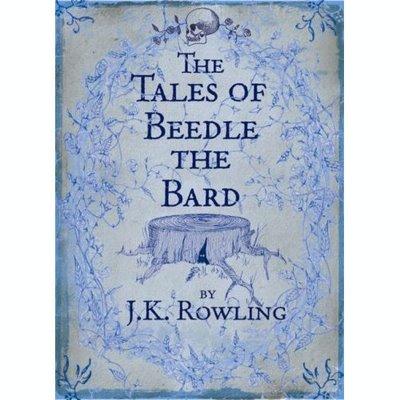 I can't begin to tell you how long I've been craving to read this book! I never got around to buying it, but now I got it for Christmas and couldn't hold back from reading it. Now, J.K. Rowling compiled five fairy tales as told to wizard children: translated by Hermione Granger, commented by Professor Albus Percival Wulfric Brian Dumbledore and annoted by J.K. Rowling.

I had a wonderful time reading these fairy tales and Professor Dumbledore's comments, especially because they reminded me in the stories my Mom and Grandma told us when we were kids. The stories were easy to follow and I had finished them rather quickly. The commentary, though, was another story. For Dumbledore's part, J.K. Rowling used a number of words I hadn't heard of before.

What made the book even more fun for me to read where the tidbits I saw while reading Dumbledore's notes. One of these was the name of philosopher Bertrand de Pensées-Profondes - a philosopher with "profound thoughts" as a last name? How cool is that! And later on, in the same commentary on "Babbitty Rabbitty and her Cackling Stump", Rowling mentions a French sorceress, who was convicted of witchcraft (like the main character in the story who turns herself into a rabbit to escape her pursuers), named Lisette de Lapin. And "lapin" happens to be French for rabbit or bunny.

Now while I wouldn't call it a must-read for everyone, fans of Harry Potter while have a good time reading The Tales of Beedle the Bard and when you buy it, you will also be helping the Children's High Level Group (CHLG), founded by J.K. Rowling and Baroness Nicholson of Winterbourne. The CHLG is a non-governmental organization helping children live in small group homes or families (their own, foster or national adoptive parents) instead of those large institutions that become more and more common.

For more information on the CHLG check out their website!